On Tuesday 13th December, ISO’s Christmas show took place at Šantovka theatre for the first time after two years of COVID, and what a spectacular evening it was!

The show was kicked off by Wolsey students Natalie and Maxim who were our hosts for the evening. With a packed theatre full of excited guest in anticipation for the show to commence, Milepost 1 were the first to step on stage, performing ‘Christmas Fairy tales’ directed by Ms Jitka and Ms Bojana. We came across a selection of familiar Fairy tale characters, helping little red riding hood to find the perfect Christmas present for her Grandma. The children did a fantastic job to not only remember all of their lines but showed extreme bravery to act on a professional stage in front of a huge audience!

They were shortly followed by Milepost 2, directed by Mrs Lucy and Miss Eleni performing ‘Billy Bonka’s Christmas Factory.’ The standard of acting here was exceptional and numerous occasions had the audience roaring with laughter. It was clear that they were enjoying every moment on stage. Their dance routine to round everything off was a fantastic end to their performance.

Milepost 3 were next to perform a play written by Ms Janita and Miss Alice – ‘The Cat in the Hat: Christmas Edition.’ This wacky performance was full of rhymes, unusual surprises and comical creatures. Having worked closely with these pupils, I know that they put in huge efforts to pull off such a complex and fast paced play, and I can confidently say the performance that they gave on the evening was the strongest that they had ever performed it!

The night was rounded off by a fantastic performance of 'Alice in Christmas Land' by the secondary students, under the direction of Miss Barbora and Mr Yusuf. We were astounded by the quality of acting and could see that they had worked very hard to deliver such a compelling and gripping performance.  As expected, they were received by deafening cheers to end a very memorable evening.

I would like to thank all who participated and contributed towards this year’s show, and to all those who came to show their support. I can safely say that weeks of intense rehearsals and the dedication shown from both pupils and teachers, has certainly paid off!  I am extremely proud of all our pupils for their outstanding performances! 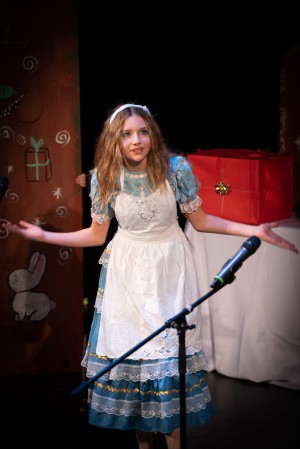 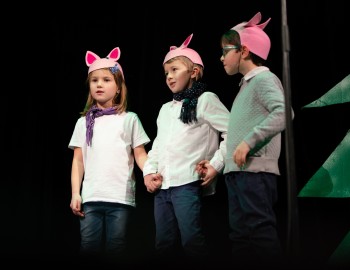 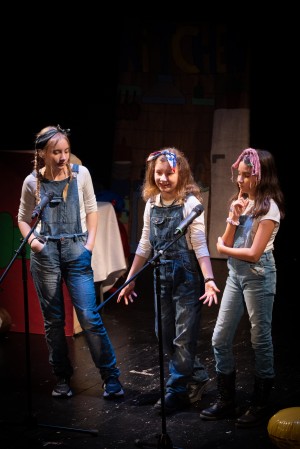 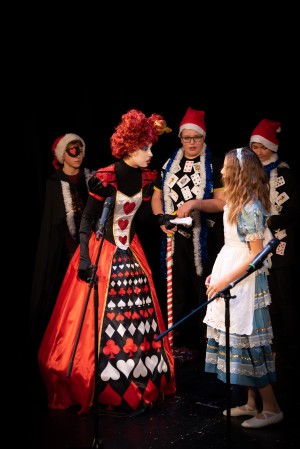 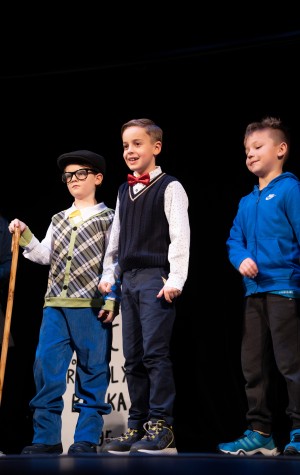 Why should your child attend iSchool?

They will gain perfect knowledge of English.

Your child will become a global citizen with wide understanding of local and international topics.

We put a strong emphasis on the development on subject specific skills rather than on acquisition of knowledge.

Your child will be excited to come to school.

You are not buying success, you are paying for the school to monitor your child’s progress to their goals and motivate them to fulfil their potential.

We are not a selective school: we believe that everybody can be successful.

Jolly Phonics is an engaging way to teach children pre -reading and pre -writing skills using phonics. Phonics is the teaching of the sounds that letters make, rather than the names of letters that are taught in the alphabet, because it is the sounds that are useful for reading and writing, not the names. These sounds are taught in a systematic way, alongside all of the skills needed for being a fluent reader and writer in future. Jolly Phonics also teaches all of this in a fun and engaging way, through characters, stories, actions, songs and games! To read more about Jolly Phonics, clickhere.

ORT is a reading scheme which has been developed to help children learn to read from the age of 4. This scheme is used by a vast majority of preschools and schools in the UK and around the world.ORT includes popular characters and illustrations such as Biff, Chip and Kipper, Floppy, Wordless Stories and easy regular word books to capture children’s imagination and interest and help them develop their pre reading skills. It is an excellent way to practise the skills learned through the Jolly Phonics Programme..

Cambridge Primary ENGLISH promotes an enquiry-based approach, developing learners’ confidence, creativity and intellectual engagement. Learners develop English skills that they can apply to a range of different purposes and audiences in everyday situations and in study.

We teach English as a first language. Pupils that are only starting to learn English or need some additional support are allocated to our intensive English as a Second Language (ESL) programme.

Cambridge Primary MATHEMATICS focuses on principles, patterns, systems, functions and relationships so that learners can apply their mathematical knowledge and develop a holistic understanding of the subject. Knowing your times tables facts without practical application and without developing alongside some good problem solving skills is not that helpful - in our school, we make sure our pupils know why they are learning it and how they can use the specific knowledge and skill.

This subject develops the skills of research, analysis, evaluation, reflection, collaboration and communication. We focus on developing pupils’ transferable skills that will be essential for success in their other subjects, higher education and work life. Pupils work on ‘challenges’ throughout the year. These can include but are not limited to topics such as:

For more information about each subject, please see here.