First Class Care for Your Child 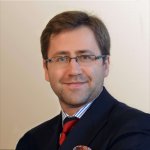 Petr is responsible for the development of International School Olomouc and for the day to day running of the Primary and Secondary Schools. After receiving his BA in Political Science & International Relations at Charles University (Czech Republic) and spending a year at the Maastricht University (N More etherlands) as part of an Erasmus programme, he relocated to England where he completed his Masters in Classical & Ancient Studies at the prestigious Durham University (UK). Upon returning to his native Czech Republic, Petr co-founded International School Olomouc and has been Executive Director since its opening in 2008. He has built the school into one of the leading British international schools in the Czech Republic being a proud member of COBIS (Council of British International Schools) and a registered Cambridge International School. Petr has more recently complimented his educational leadership by completing his Master of Education at the Open University (UK). Outside of school, Petr is a keen historian, equestrian and traveller. His motto is his trust in individual abilities of all and belief that with a little effort everybody can be successful. Less 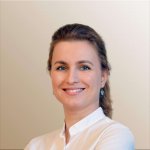 Markéta spent over two years in the UK where she studied English and worked with children in various positions, which she found enriching. She possesses BA in Early Years from the Open University. Markéta comes from Havířov, a town in Northern Moravia. Away from school, Markéta enjoys yoga, cycling, swimming and travelling. 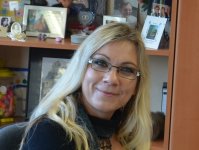 Eva has a degree in Primary Education from Palacký University in Olomouc, later followed by a primary English language teaching qualification. She has worked both as a primary and secondary teacher. She also has experience working with children with Special Educational Needs. More In the past she spent three years working as a school inspector and six years as the head of a nursery and primary school. During her career in education she has taken part in a number of school exchange schemes, visiting Finland, Belgium, Turkey, Great Britain, Poland and other countries. Although Eva loves her job, she always finds the time to pursue her other interests. These include travelling, with Canada being her favourite destination. The best way of spending her free time is in the company of her dog Riley. Less

Janita has degrees in primary education (Denmark) and English language teaching (Scotland). She has engaged in teaching and education related projects in four different continents since she moved away from her native country, Finland, in 1999. She believes that each child is a unique individual whose presence enriches the learning environment for all.

Katerina graduated as a teacher of English language and literature in 2008 from Ss. Cyril and Methodius University in Macedonia. She also acquired a Master’s degree in English language and literature. More Kate started her teaching career in Macedonian state primary/secondary schools, as well as leading ESL classes in private language schools. Kate joined our school in 2010 and is the English subject coordinator, and English teacher across mileposts. She is also in charge of the Cambridge examinations. She is a flexible teacher who believes in children’s natural curiosity in learning new concepts. Kate is a book enthusiast, enjoys running, cycling with her son, and watching football with her husband. Less 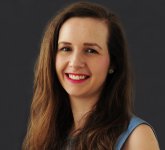 Bára graduated as a secondary teacher of English and Civics from Palacký University and started working at the school in 2012. She has worked as an au-pair in England. During that time she completely fell in love with the culture and she visits very frequently ever since. More She has experience in working as a training manager and assistant director in an international company and also as a volunteer teacher in the children’s home in Olomouc. She has recently moved from Olomouc to the countryside and lives in a 19th century cottage. She loves baking cakes, vintage furniture and fashion. She enjoys being part of the development process of her students and she believes that everyone can be successful. During the last years, Bára was also a deputy head of the school and she really enjoyed this job. Therefore she is partly working from home nowadays while being a on a maternity leave. Less 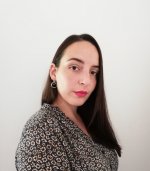 Eleni graduated from National Kapodistrian University of Athens with a degree in English language and literature and a major in Applied Linguistics. She spent one semester abroad studying in the Faculty of Education in Palacky University of Olomouc and she completed her teaching practice in the Facul More ty of Arts. She then gained her Post Graduate Certificate in Education (PGCE) from the University of Cumbria (UK). She has been in our school since 2017 as a Milepost 2 teacher. She enjoys working with children and believes in the power of promoting the international mindedness among them. Less

Petra graduated from early childhood education from SPgŠ Prachatice. She lived several years in Germany, where she worked professionally as a nanny. She moved to the US in 2000 where she worked in the private sector. In her free time, she volunteered as a child caretaker at a Christian academy. Petra likes playing volleyball, hiking and traveling. 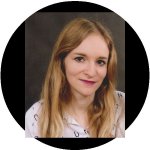 Monika has a bachelor's degree in Journalism from Palacky University in Olomouc. She then graduated in Czech philology and Culture studies, while doing a teaching qualification for Czech language and literature at the same time. More She also spent a semester in Erfurt, Germany where she was a student of program Media for children and youth. Monika has worked in the media and also as a teacher of Czech for foreigners at a previous language school and integrative centre for foreigners. She is interested in sports and that's why she has been involved with football her whole life! Less 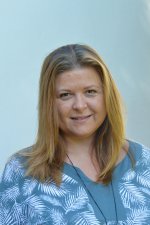 Eva studied in Olomouc. She lived in America for 8 years. She also worked there as a nanny. Eva has traveled to many different countries and then she went on maternity leave. She has experience in teaching kids and preparing activities for their leisure time. Eva enjoys literature, nature, travelling. 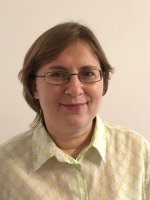 Jitka has a Master's Degree in English and Spanish from Palacky University in Olomouc, as well as a Master's Degree in Applied Linguistics and TESOL from the University of Leicester in the UK. Apart from the Czech Republic and the UK, she lived and worked in the Middle East for 16 years, teaching Eng More lish in several British international schools in Saudi Arabia and the United Arab Emirates. She received her CELTA teaching qualification from the International House in London and is a certified tutor of an Australian ESL teacher development course. Jitka's favourite pastime is planning her next holiday, especially if it involves the beaches of Spain. Less 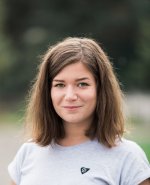 Barbora graduated with a master's degree in History and English Philology from Faculty of Arts at Palacky University. During her master's studies she spent a semester abroad studying history at the University of Lincoln, UK. More She previously worked as a lecturer and edutainer in an interactive museum in Olomouc where she lectured educating programmes for children about various historical topics across primary and secondary level. Barbora is happy and excited to work in a school like ISO. In her free time, she enjoys traveling, reading, watching movies and hanging out with her friends and family. Less 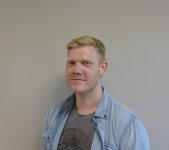 Jake has obtained a degree in children and young people’s learning development and has also completed his PGCE and gained QTS. Jake specialises in outdoor education and cross-curricula teaching and has extensive experience working with multiple year groups. More In addition, Jake has vital experience working with EAL children and children with special educational needs. His hobbies are music, reading, fitness, martial arts and the great outdoors. He likes to combine outdoor education with indoor teaching in order to provide a rich multi-sensory education that all children can enjoy safely and to encourage positive mental health. Jake loves travelling and experiencing different cultures, of which is used to better educational outcomes for children of multiple nationalities. Less 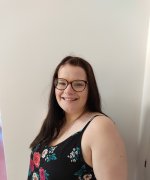 Chloe has an undergraduate degree in Education and Childhood Studies and has just completed her PGCE. Her specialism includes working with children with EAL as it was a focus for her dissertation and she worked in Strasbourg as an au pair. More She also volunteered in an international school whilst there. She loves reading as a hobby and would love to bring that into her classroom. She also takes interest in child and adolescent health and well-being and would like to bring that into her own classroom to encourage positive mental health. She loves travelling with her favourite location being Cuba and looks forward to exploring more of Europe. She’s very excited to be starting her role at the International School Olomouc and working with a wonderful team and parents. Less 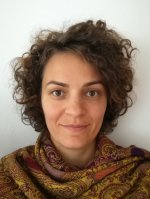 Bojana comes from Bosnia and Herzegovina where she earned her university degree. Bojana is interested in special education and children’s rights and she has participated in different projects in Bosnia and the United States where she received a TESL certificate. She joined our school in 2012 as a preschool teacher. 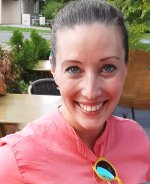 Lenka Ponížilová Teacher for Czech as a Second Language

Lenka obtained her master's in primary education and English at Palacký University in Olomouc, where she subsequently completed her studies in teaching English for secondary schools. She has experience teaching different age groups; at language schools, she taught English to both children and post-s More econdary students and adults. Since 2016, she has been teaching English language didactics at the Faculty of Education at Palacký University. Lenka is a person who is not afraid of change, she always welcomes a new challenge and constructive feedback, and likes to expand her horizons. Pupils come first during her lessons and she tries to create a stimulating climate in the classroom for their learning and development. Less 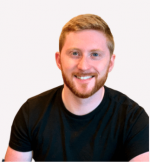 Leighton comes from the United Kingdom and has a Software Engineering degree from University of Portsmouth. He brings his experience over from the UK into an IT manager and computing teacher role. Besides his interest in coding and computers, Leighton is a dedicated rugby player and runs Rugby Club for pupils throughout the school year. 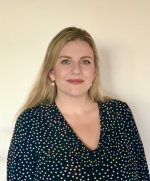 In an Operations Director role, Michaela is responsible for development of International School Olomouc as well as daily operations of our preschool and school. Michaela went to school in the UK from Year 9 and stayed on to gain a bachelor's degree in Business Management from Royal Holloway, Universi More ty of London followed by a master's degree in International Tourism Management from University of Surrey. After 12 years of living, studying and working in the UK, Michaela has returned to the Czech Republic to take a senior management role at our school. Michaela loves animals, reading and travelling in her free time. Less 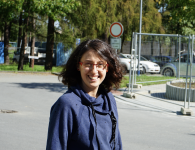 Michaela has a Master’s degree in Czech Philology and History from Palacky University in Olomouc. She then continued her studies focusing on Czech literature and the work of poet Frantisek Hrubin. She completed a course called ‘Respect and Be Respected’ and she strives to treat others following its ethos. In her spare time she likes to read and go for walks in the countryside as well as around interesting cities.

I want to register a child

We will teach your child to read, write and count. While at iSchool, their English will become their second native language. (Brilliant, perfect..)

Teaching independent thinking, responsibility and learning support is just a cherry on top.

Screening once a week

Success of the winter clothes bazaar